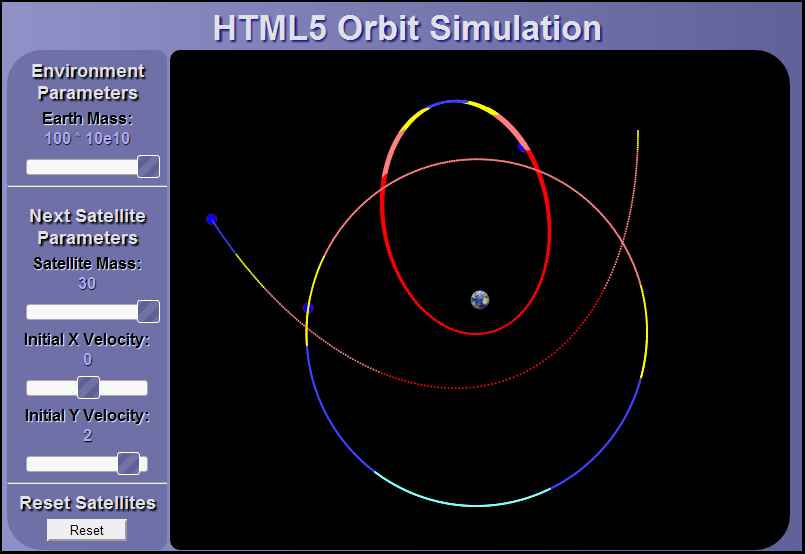 I have put together a simple CANVAS simulation which attempts to provide a user with the ability to model how a satellite may orbit a planet:
The software as it is now has several notable limitations:
Possible future endeavors may include:
Any comments or feedback is certainly welcome!